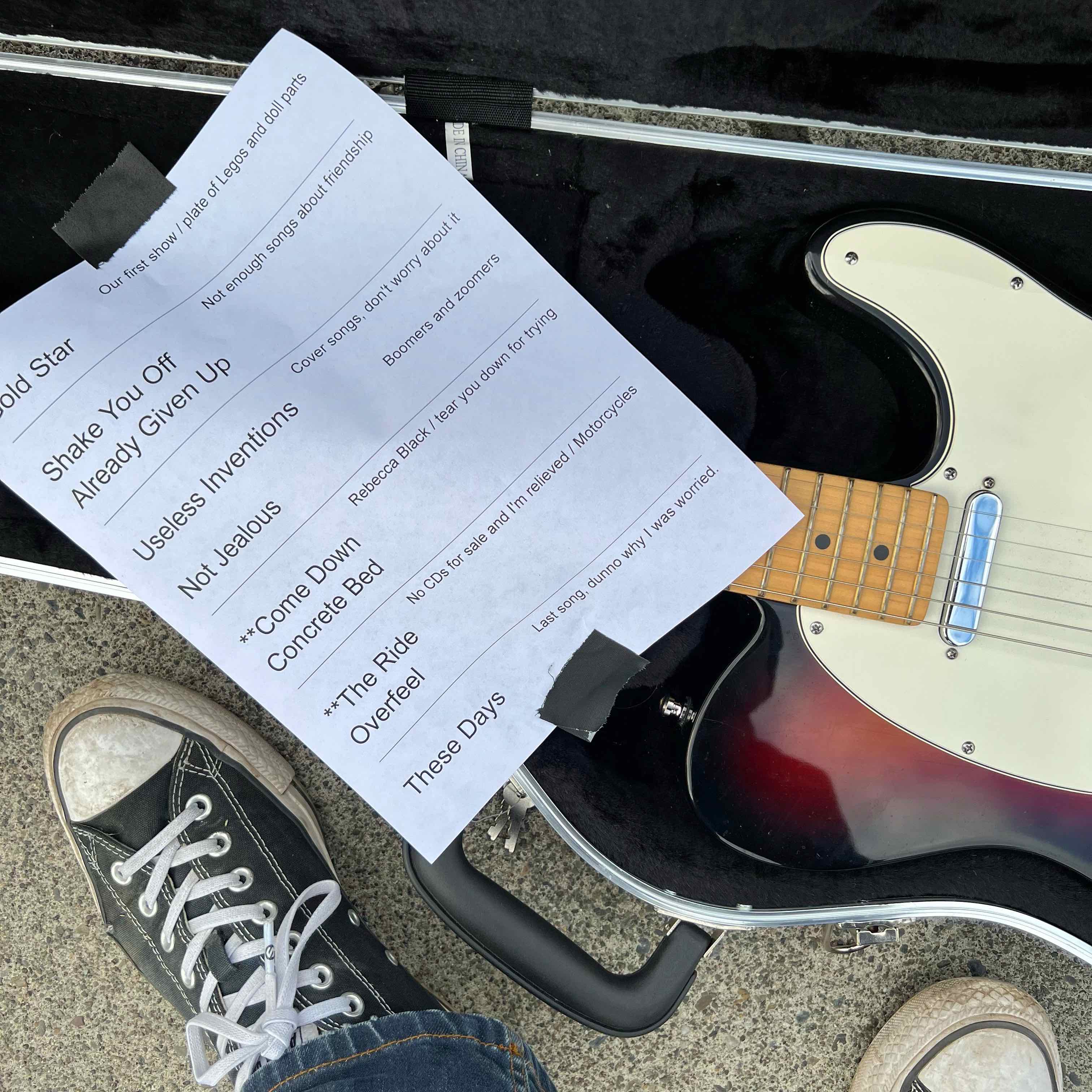 The first Car Trouble show is on the books. I can't fully describe how great it felt to play again, onstage, with humans, for humans. I haven't been on a stage since at least early 2018. We were a little short on material to fill the slot so I opened with a solo set of Gravel Road and Brickyard Bend, rearranged for electric, neither of which I'd performed for over a decade. And I got to sign this setlist for a cool kid named Orion who asked me a ton of questions about my gear.

And yes, I put speaking prompts in my setlists now, a trick I learned from street buskers who put "hat lines" in their sets so they remember to "pass the hat" for tips. Turns out rehearsing your stage banter just like you'd rehearse your music relieves a ton of anxiety!

I'm still wary of playing indoors with BA.5, so we probably won't perform again soon. In the meantime, the new record is still on track for an August release, and we're aleady planning to record a follow-up.

It feels absolutely absurd to swing into album-promo mode against a backdrop of a world both figuratively and literally on fire, but I'm embracing the idea that, like weather in the PNW, if you wait for things to be perfect, you'll waste most of your life. I've been working on this record since 2015. The clock is ticking. LFG.