Thanks to the JFJ Conspiracy podcast for featuring "The Ride" on their recent episode. They take the crown for being the very first podcast to feature a Car Trouble song, as well as the first to feature us alongside Ted Nugent.

We have added a lyrics and credits page for the new record, so you can decipher the words buried beneath layer upon layer of guitars.

The new record is OUT. TODAY.

Y'all. The new Car Trouble record is OUT. NOW. TODAY.

Now available at Spotify, Bandcamp, and everywhere else, probably! 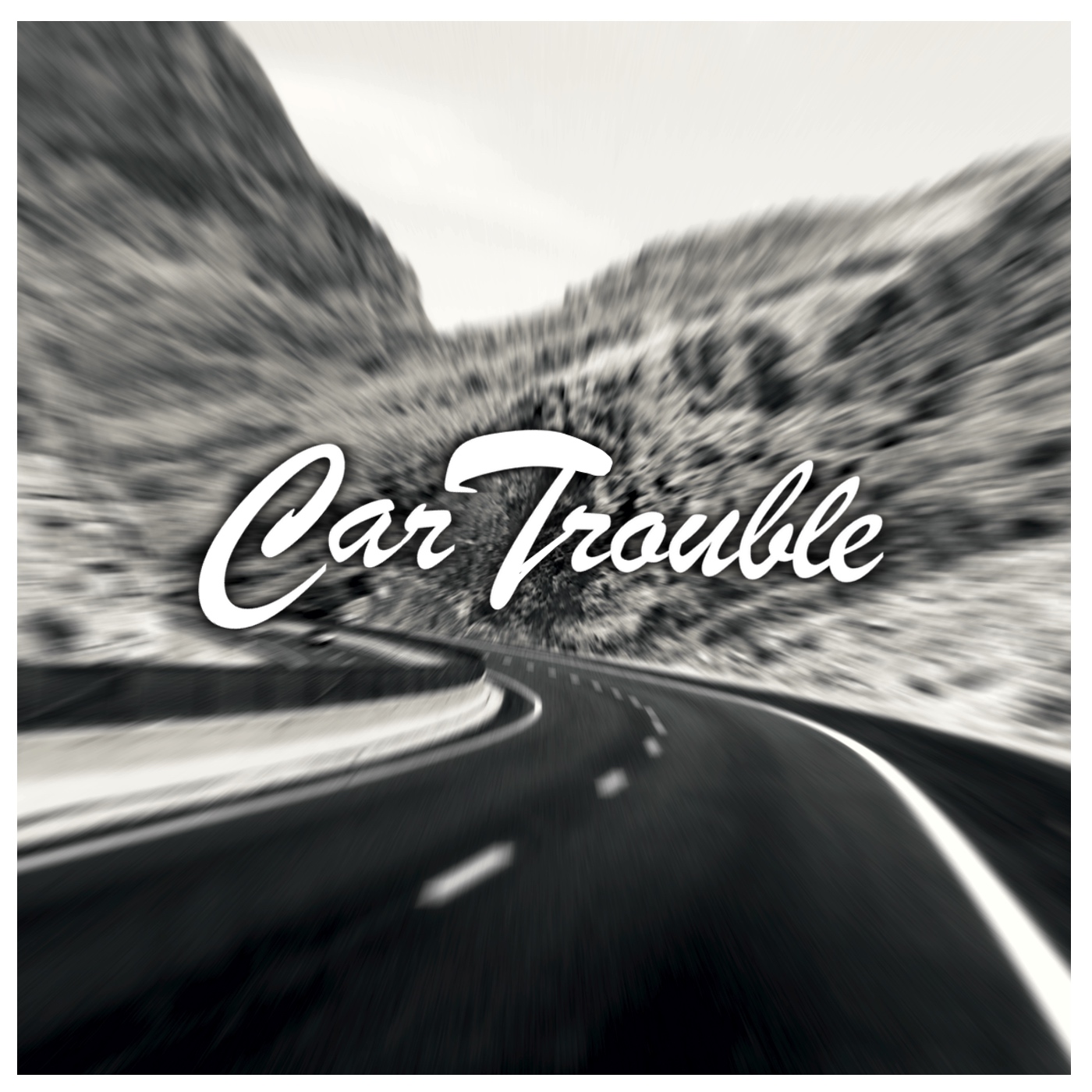 Good news for your Monday! The new Car Trouble record is now available for digital pre-order at Bandcamp! Get an instant download of "Overfeel" when you pre-order! The whole record will be delivered to you on 8/15!

Song preview: Already Given Up

One last preview! "Already Given Up" is an abstract song about lying to yourself. That's it, that's the song. The new Car Trouble record comes out in August 2020.

Let's do another song preview! This is "Overfeel," a song about being overwhelmed by emotion but pushing through anyway. This was a tough song to write. It took over a year to dial in the lyrics. The image of David Bowie in the "Lazarus" video, scribbling as fast as he could before disappearing into that wardrobe, is what led me to the bridge lyrics. Just...crushing.

The new Car Trouble record comes out in August 2022, more previews to come.

The first Car Trouble show is on the books. I can't fully describe how great it felt to play again, onstage, with humans, for humans. I haven't been on a stage since at least early 2018. We were a little short on material to fill the slot so I opened with a solo set of Gravel Road and Brickyard Bend, rearranged for electric, neither of which I'd performed for over a decade. And I got to sign this setlist for a cool kid named Orion who asked me a ton of questions about my gear.

And yes, I put speaking prompts in my setlists now, a trick I learned from street buskers who put "hat lines" in their sets so they remember to "pass the hat" for tips. Turns out rehearsing your stage banter just like you'd rehearse your music relieves a ton of anxiety!

I'm still wary of playing indoors with BA.5, so we probably won't perform again soon. In the meantime, the new record is still on track for an August release, and we're aleady planning to record a follow-up.

It feels absolutely absurd to swing into album-promo mode against a backdrop of a world both figuratively and literally on fire, but I'm embracing the idea that, like weather in the PNW, if you wait for things to be perfect, you'll waste most of your life. I've been working on this record since 2015. The clock is ticking. LFG.

Song preview: Not Jealous At All

Keepin' the previews rollin'...this is a clip of "Not Jealous At All" which is about inter-generational conflict. Youngs vs. Olds. Boomers vs. Zoomers. If that makes no sense to you, you're probably not as terminally online as we are.

You look ready for song previews. Have a taste of "The Ride" from our self-titled record coming in August. It's a song about riding motorcycles! Which I have NEVER done. 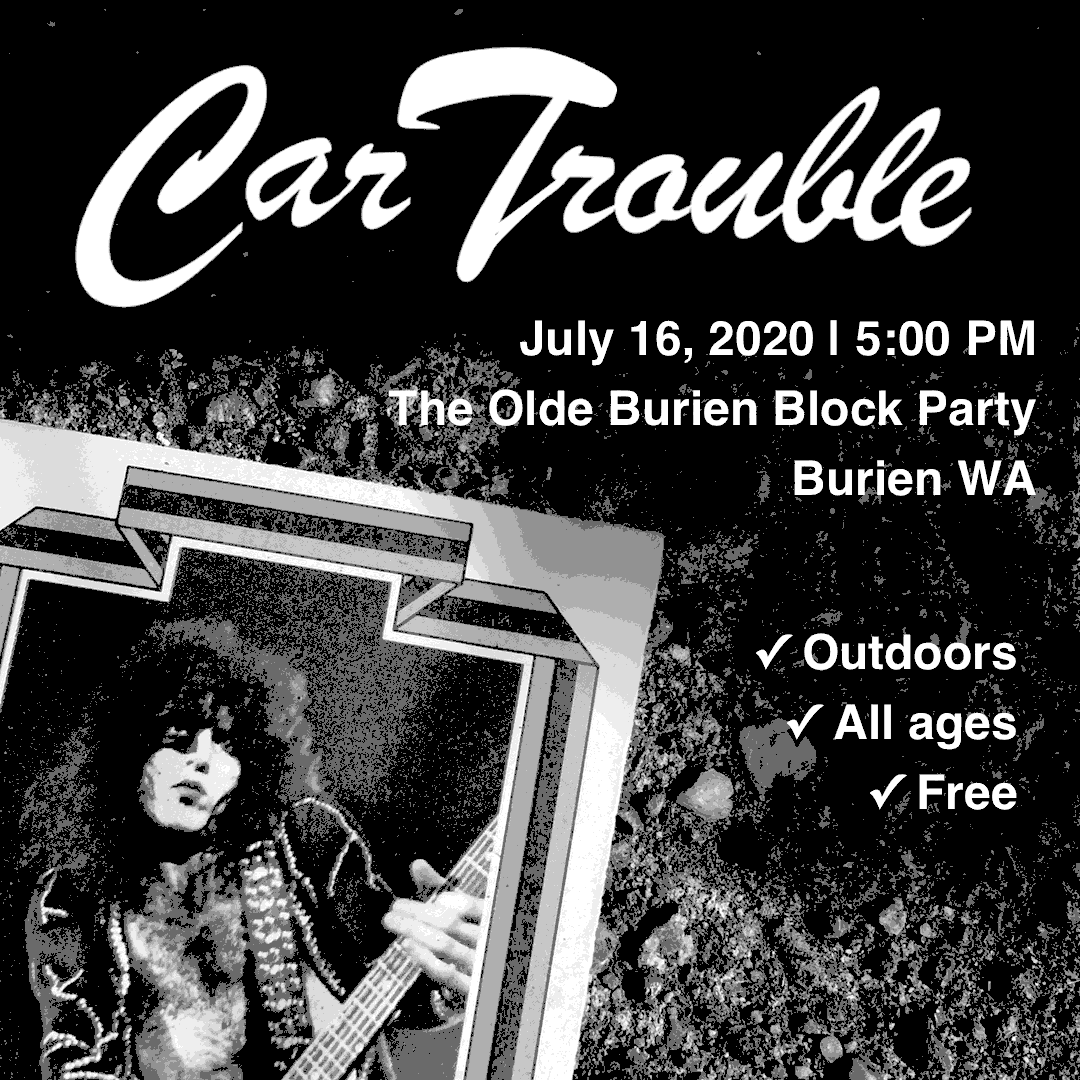 Get in loser, we're doing a record

Hey, do you like BIG guitars? Good thing, because the new Car Trouble record is coming your way this August. Can't wait to drop this in your earholes. Watch this space for more.

Check out the cover art below! I took this photo back in 2013, coming back from a West Coast tour with Kirby Krackle.